My Brief Sojourn Back into Society

I stuck a pinkie toe into the life reintegration pool today.

As somebody who suffers from asthma and is therefore deemed "high-risk", I have managed to avoid indoor locations as much as possible over the past sixteen weeks.

An entire season has disappeared into the ether while we have all been trying to learn what works, what's safe, and what is necessary. Some of us are braver than others and some are plainly just more reckless, but all of us are navigating through a new societal tsunami that will leave things changed forever. Don't kid yourselves. These are our new routines for the foreseeable future and possibly longer than that, whether we want them to be or not. Companies, businesses, and industries that don't adapt will most assuredly fail. People who see themselves as better than or more elite than their neighbours will be shunned. Never before in our history has the term "we are all in this together" been more truthful or apropos.

But we must live and we must do the necessary things to carry on and while I have been able to deal with essentials like groceries or medications online or with minimal contact, some things just demand an in-person visit, things like yearly medical tests at a hospital imaging clinic.

The hospital that I was booked at is one not near my home. I seriously considered driving uptown in order to avoid the potentially claustrophobic public transit but the city of Toronto has boxed in my neighbourhood with a morass of road closures, streetcar rail replacement, and bridge repairs. All at the same time. It simply didn't make sense to spend hours in my car, travelling through detours and "west to get east" alternatives when the TTC could get me there in a far more timely and less stressful fashion. And so, I pushed through my CoVID anxiety, packed my Purell and Wet Wipes, donned a mask, and headed for the subway.

Here are some basic and wholly anecdotal observations from a city still suffering from PTSD and in the very early stages of Phase 2 opening.

1. Most people on the TTC, both streetcars and subways, are masked up. That isn't to say it is universal, but it is certainly better than I expected. The full TTC mask bylaw doesn't go into effect until Thursday so I was expecting a lot of scofflaws. I was pleasantly surprised. There were a few 30-something dudes (all guys on my trip) who decided that they were above it all and who stink-eyed anybody who even so much as looked in their direction but all in all, it wasn't a bad trip north. The trains were fairly empty and everybody physically distanced. I'm not sure how that is going to work when the Bay Street Bros head back downtown but for now, it didn't suck. (Of course, I Purell' ed whenever I felt uncomfortable, so there is that.)

2. Hospitals are weird places these days. Other than access to the emergency department, visitors are all herded through a single entrance. I was met with a physically distanced line that led to a front desk behind plexiglass whereby I was questioned about my basic health and made to hand sanitize. (These people don't know me otherwise, they could have saved on the squirt.) I was directed to the elevators (no stair climbing allowed) and on to imaging. Everything in the hospital is now clearly a one-way street. God help the poor bastard who doubles back. The screeches from nurses and cleaning staff can be deafening.

3. After another physically distanced line, (We really need to stop calling it social distancing. There is nothing social about it) I was greeted by another masked manager behind glass. She sanitized a piece of foam rubber, slipped it through the opening in the glass and asked me to place my health card on it. She then did her thing on the computer, re-sanitized the foam, and slid my card back to me.

4. I was directed to a segregated waiting area whereby I sat alone until I was called for my tests. This is not the hospital experience I remembered from just last year. I found myself longing for the commiseration with other patients and the forlorn looks that said "I understand. Don't worry. We'll get through it together." But, there was nobody.

5. Just when I thought that human connection was impossibly lost forever, I was greeted by the loveliest ultrasound technician in the history of ultrasound technicians. I am convinced of it. Mary is warm, caring, talkative, and so in tune with the isolation that her patients are feeling. A former radiologist from India, (she was never able to get her medical license reinstated in Canada due to a lack of internships and that is a miserable shame for anybody who might have had her as their physician) she not only handled my tests with care and professionalism but she knew that I was craving a chat from somebody who wasn't yelling at me to mind my distance. By the time it was all over, she had offered to fix up Older Son with any number of lovely young women, asked me if there were any available units in our building for sale because she is looking to buy a place downtown for her kids, showed me photos of her family, and gave me her email address so that I could keep her updated on my life. I swear that I am not making any of this up. The post-it is still in my pocket. Mary reminded me why I love this city and why I believe that even though there will be more changes to come, some undoubtedly difficult, we all just want the best for each other.

6. I headed back home, still fully masked and still fully physically distanced. As I disembarked the subway at St. Andrew, I spotted the TTC employees handing out free masks for all riders. It's coming, people. Get used to it. If this asthmatic could spend four hours in a mask without removing it, some entitled Dude-Bro from Etobicoke can certainly handle it for an hour.

7. I was going to hop a streetcar home but it is just so lovely outside I decided to walk. My encounter with Mary switched on my positivity gene. I did notice that the fare collectors on the streetcar are back. Can anybody explain to me why their uniforms look like they are ready for Kent State circa 1970? I mean, they carry fucking billy clubs. They are FARE enforcement officers, not suiting up for Fallujah. Honestly, they need to dial this shit back a hundred notches. But...I wasn't about to let them ruin my mood so I walked. It was invigorating. Little by little, my neighbourhood is coming back to life.

I refuse to argue with anybody about masks. They work. It is obvious from the data. If you can't manage to help me out by wearing one, I have little use for you. Not wearing one isn't some resistance political statement but rather, it is a display of your ignorance. If this pandemic has taught me anything, it's don't engage the stupid.

I wouldn't say that I feel entirely comfortable yet. I'm still avoiding the grocery store and other high traffic areas but if today taught me anything it is that some necessary things are manageable and I won't live in fear of them any longer. I won't be in a restaurant any time soon but a Starbucks is not out of the question. Masked, pre-ordered, and picked up at the door. Mary made me feel like I can do it. 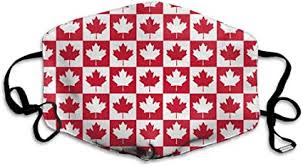