We Need a Good Caper Flick at TIFF 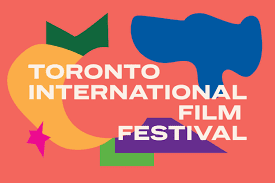 I love a good caper movie.

Charade, Ocean's 11, The Italian Job, How to Steal a Million, The Thomas Crown Affair, The Hot Rock, The Sting, A Fish Called Wanda...this list is endless and while most are average films, they are good fun to watch.

I am less inclined to love a psychological thriller but given the right plot, intrigue, and direction, I might find myself immersed.

The Husband is a huge Alfred Hitchcock fan. He loves the masterful way that Hitch would weave a story together without ever really giving away the goods until the very end. Years ago, as a birthday gift, my brother gave The Husband tickets to see Psycho on the big screen with a Q and A that followed with Janet Leigh. Viewing Hitch's masterpiece in the manner in which it was intended, was one of the most terrifying evenings I have ever spent in a movie theatre. And...I had seen the film before and knew everything that was about to occur. That's how good Alfred Hitchcock was at manipulating our psyches during a film.

Few directors today are able to achieve that level of cognitive distortion. While we might accept Hitchcock as the master and understand that coming close to his status is probably unattainable for most filmmakers, it frustrates the hell out of me when I can drive a truck through plotholes and predict the outcomes of movies that are being billed as twisted thrillers.

Such was the experience today with our screening of The Burnt Orange Heresy. Director  Giuseppe Capotondi adapts the 1971 novel of the same name and updates the time, space, and location of the bête noir book. A formally esteemed art critic and his weekend fling are summoned to the Lake Como summer home of a wealthy art collector (a really terrific and surprising turn by Mick Jagger) whereby he is asked to perform a small task for his benefactor. On the grounds of the estate, our leading man and lady meet up with a hermit artist (Donald Sutherland) whose paintings seem to mysteriously keep disappearing from world view. There are the requisite banter and sexual tension and even a terrific back and forth on the value of art and its meaning but there is much that is far too obvious. The red herrings are everywhere in the story but the problem is that they aren't very well hidden.

While the acting is capable and the story has promise, this film frustrated the hell out of me because I wanted to scream at the screen whenever I noticed a flaw in the storytelling. It isn't that The Burnt Orange Heresy is a bad film, it just should have been so much better. As we walked home from the theatre, The Husband remarked that if we had seen it on Netflix or Amazon Prime, we probably would have enjoyed it more. Our expectations are often lower with home viewing and perhaps that is an inherent issue with how our viewing habits have been altered by streaming. I wouldn't tell people not to see this movie but I would probably wouldn't recommend it for a more expensive evening out either. Hitchcock, it ain't.