The Pious Person Is A Leader

Like most others, I have been in a morass of despair this weekend.

The loss of so many innocents at the hands of pure evil is without comprehension. We rail, we swear, we cry, we mourn, and we plead for answers and yet...they never come. We are rudderless and worse yet, we are leaderless.

In my anger and my sorrow, I went looking for something, anything, that might help salve a broken soul. And while it is so very far from a solution, I stumbled upon a text entitled Sefer Ha-Kuzari written by the medieval Spanish Jewish philosopher and poet Judah HaLevi. In what as become one of the most important apologetics of Jewish philosophy ever composed, the Kuzari is written in five parts in dialogue form between a rabbi and a pagan. The pagan has been idealized as the king of Khazars who, according to some scholars, converted to Judaism along with others in the Khazar nobility. (It should be noted that there exist arguments amongst historians as to the validity of the Khazar conversions, but HaLevi uses them as a literary license for his work.

In part III of the Kuzari, we find a discussion between the Khazar and the rabbi that discusses the necessity for righteousness and piety as a prerequisite for leadership.

Al Khazari: Give me a description of the doings of one of your pious men and how they behave.

The Rabbi: A pious man is, so to speak, the guardian of his country, who gives to its inhabitants, many provisions and all they need. He leads them justly and he wrongs no one, nor does he grant anyone more than his due.

Al Khazari: I asked you about a pious man, not a leader.

The Rabbi: The pious man is a leader who is obeyed by his senses and by his mental acuity as well as his physical faculties, because as it is written: 'He who rules his spirit is greater than he that takes a city' (Prov. 16: 32). He is fit to rule because if he were the prince of a country he would be as just as he is to his body and soul. (Kuzari III 2-5)

According to Judah HaLevi, the requirements for leadership are the same as they are for any human being. Our leaders must be imbued with a sense of justice, an ability to give to all in the same manner, and to not oppress its people. In an absence of leadership, it is incumbent upon all of us to step up and to affect the change that is missing in those who declare themselves false prophets.

Rabbi Hillel said, "In a place where there is no humanity, strive to be human." (Pirkei Avot 2:5)

We have seen firsthand the inhumanity of our leaders. Those who gin up hate for craven political gain and survival have lost the moral authority to lead. The men and women who refuse to solve the problems of society with real and concrete solutions but only offer "thoughts and prayers", have sacrificed their claims for higher office. Those who stand by while their constituents are slaughtered cannot accurately be called "leaders" because they lack the basic sense of justice, piety, and humanity to claim the mantles bestowed upon them by their people. When leaders cannot even pretend to strive for humanity they no longer deserve to be in positions of power and should be removed via any and all peaceful, democratic means.

I refuse to sit idly by while mass murder becomes the norm for our neighbours. I refuse to listen any longer to those who profess that nothing can be done. I refuse to pretend that walking into my synagogue surrounded by armed guards is normal...or my church...or my mosque...or my school...or my shopping centre...or my street...or my city...or my...

If you can look at yourself in the mirror and use your civic franchise to still vote for these cowards, I weep for you. If you still think that this is the society and the leadership that you deserve, I can no longer look past your hate and your racism. If you willingly enable these people with your money and your votes, you are a part of the problem and certainly have no real interest in the solutions. When history is written and your children and grandchildren ask where you were when, what will your answer be? I know how I will respond and I will stand proudly on my convictions because they are on the side of justice.

The pious person IS a leader.

A wanton, soulless, narcissistic, and craven man is not.

Zichronam L'ivracha. May the memories of all those who perished this weekend in El Paso and Dayton at the hands of hate always and forever be for a blessing. And may we all find the strength to stand up to the tyrants and bring a renewed sense of justice and piety back into the consciences of those who are charged with leading our communities. 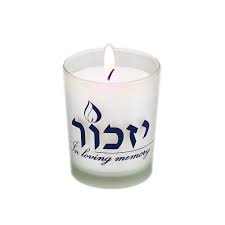