Here's to My Man! 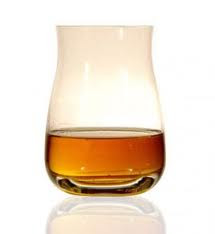 Seeing as though I am not much of an imbiber, I really don't have all that much experience in raising a glass in toast. I am really more of the roasting kind. So you will forgive me if what I offer now is a bit off of the beaten path for a L'chaim!!

A Birthday toast for The Husband.

Here's to the man who believes that chocolate is a food group and has created a special drawer in the kitchen to honour this philosophy.

Here's to the man who truly believes that drinking a half a bottle of scotch split with The Twin Son on a strictly social occasion doesn't make him punchy. Something about the healing properties of the liquid and the idea that you can't get drunk on a fine bottle of nectar, or some such bullshit! Of course he would never consider driving, operating heavy machinery, or riding a roller coaster in said condition, but DRUNK??? No way!

Here's to the man who desperately tries to convince himself that my being born at the end of one year and his being born six months later, actually makes me a full year older than him. He really hates his birthday as that is the date when the ages on our driver's licenses are actually numerically equal.

Here's to the man who absolutely loathes fantasy, science fiction, and superhero movies and television programs, but doesn't think it at all strange and fantastical that his favourite show glorifies a serial killer.

Here's to the man who truly believes that the underwear fairies will come in and magically discard all of the decrepit briefs and socks laden with holes and tears, thereby saving him an insufferable trip to Walmart!

Here's to the man who is absolutely obsessive/compulsive when it comes to the cleanliness of the pool, but staunchly refuses to clean out his clothes closet.

Here's to the man who is the smartest person I know (really and truly!!) but who cannot figure out the light laundry from the dark laundry.

Here's to the man who allows me to poke fun at him in this space on a semi-regular basis. The best sport I know, my biggest fan and cheering section, my best friend. Here's to the man who tolerates my nareshkeit, deals with my temper, listens to my rants, and soothes my many insecurities. Here's to my solver of problems, the father and son of the year, and my b'shert. Happy Birthday! The best is yet to come! L'Chaim!!!
Posted by Dawn at 13:29