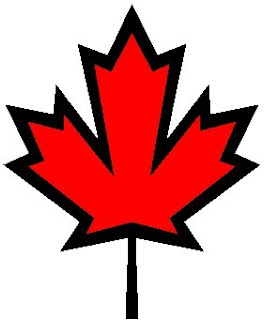 We Canadians are a strange lot. We hold the illusion of fierce independence from our American cousins, yet we strive for much of what they have. While we paste Canadian flag patches on our suitcases and backpacks thinking that will spare us from the world's wrath, we embrace American consumerism and culture with a verve that is unnerving. We are so deeply loyal and protective of our artists and entertainers that we proudly claim the marginal talent of Pamela Anderson alongside the brilliance of Jim Carrey as Canadian. (No matter that both of these people have taken out American citizenship. To us in the far north, they will always be our own!!) Oh Canada!! After 141 years, what can we point to that makes us unique? In honour of our special day, I offer a few items that I believe we Canadians should look to with amusement if not pride.

1. Only in Canada could a character like Don Cherry become a national hero. With his upholstered suits and xenophobic rantings, he is uniquely Canadian. If Don were a supposed expert in anything other than hockey, he would be bounced off of the airwaves faster than you can say Don Imus, because usually we Canadians have a very limited tolerance for on-line bigots. But, hockey is God and God is hockey up here, so Cherry is revered.

2. Only in Canada could something as wonderful as The Drowsy Chaperone become a hit. Yes, my American friends, this little gem of a production was born and bred in Canada before it ever meandered down to the Great White Way!! It was nurtured and given voice in various forms at workshops and Fringe Festivals throughout the country, before it morphed into the hit it is today. Of course, being Canadian, we need to remind the world of it's roots in every review, article and television interview. We are a patriotic lot, if somewhat more subdued than other countries.

3. Only in Canada would we get our noses out of joint when the dumbass in the White House fails to recognize us as one of America's closest friends. Frankly, in my opinion, we really don't want to be friends with a man who can't find Ottawa on a map, but up here this was the source of great consternation for much of dumbass' first term. Once the world realized what a total moron he was, the barking and complaining about how he ignores us became much more muted.

4. Only in Canada would we think that it is a good idea to put a mixture of sour cottage cheese and gravy on our French Fries and sell it as a delicacy. Poutine resembles emesis, but not only do we claim it as inherently Canadian, we charge extra for it. And while we are on the subject, only in Canada can you find ketchup and dill pickle potato chips. We are a unique breed!!

5. Only in Canada would we accept monopolies existing in major businesses. We have 1 national airline that controls our travel, with a handful of small regional carriers attempting to stay afloat. We have 2 television carriers and 3 cell phone carriers. Prices are so ridiculously high, compared to other places in the world, but we Canadians are fiercely protectionist and refuse to allow foreign competition into the country. So we pay through the nose, but in true Canadian fashion, bitch and moan loudly every chance we get.

6. Only in Canada are we obsessed with the weather. It doesn't matter if it is winter or summer, raining or snowing, we Canadians love to complain about the weather. It is either too cold, too hot, too snowy, too wet or too something. We obsess over the air quality and the windchill numbers. We lament that the summer "has never been so muggy" or that "we have never seen a winter like it!" I suppose that this fascination with the weather hearkens back to a simpler time when there was literally nothing else to do, so we needed some sort of diversion to save us from the tedium. Thank God for diversions!!

7. Only in Canada would we take it as a source of national pride when our dollar achieves par with our friends to the south. This has been the case for close to 8 months now, but while we are all dancing around saying that we are just as good as them, we up here are still not reaping the benefits at the cash register. I am not ashamed to say that I will not frequent Heather's store until she smartens up and prices her books at a more comparable level. While I can accept a difference of a buck or two, upwards of 10 is gouging and we Canadians should smarten up and order our literature from online American services until we see parity. We may be patriotic, but we are a skeptical lot and really, we are not stupid.

8. Only in Canada would we have holidays celebrating Lord John Graves Simcoe (who?) and families, but not have a holiday commemorating our first Prime Minister. The Americans really do know how to honour their national heroes. George, Abe and Martin all have days celebrating their lives, while up here more than 50% of our population cannot even name our first PM! Sir John A. deserves better.

9. Only in Canada would we decry the lack of public transportation and infrastructure and then argue for 20 years over who is going to pay for it. We Canadians are notorious for our NIMBYism. (see Spadina Expressway, Gardiner Expressway, St. Clair streetcars!) It is time that we realize that we are all in this country-thing together, and that we better start looking out for each other and our cities or we all will be living in a wasteland of traffic jams and broken water mains.

10. Only in Canada do we reserve our patriotism for a once a year celebration. It is great that we are all celebrating Canada Day today, but let us remember that we live in a great country the other 365 (this year was a leap year!) days of the year. We need to show the world how great we are. Yes, there are problems and issues, but we are fortunate that we live in a country that will hopefully give voice to those issues and allow us to try and repair them. We are a unique people, we Canadians. Let's show our pride a little bit more often!