On This Day, I Became Mama to a Sea Lion

There are times in every person's life that are imprinted forever in memory. The obvious ones being marriage, birth, special family occasions, and even death. We recall exactly how we felt at that exact moment in time. There is elation or excitement, pain or despair. We feel our emotions physically and our memories bring back those sensations and we experience them yet again.

I've had many of those moments over the past week here on The Galápagos Islands. Moments of joy, exhilaration, exhaustion, excitement, and even some sorrow are forever embedded in my cerebral cortex. Here are just a few from a thrilling day on Santa Cruz and North Seymour Islands.

Bachas Beach on Santa Cruz is a picturesque spot that is quiet and world-renowned for snorkelling and scuba excursions. It is also the foremost nesting grounds of the green sea turtle and we just happen to be in the middle of mating season. We took an extended walk along the white sandy beachfront and were amazed by the craters of sea turtle nests. The female will often burrow down close to six metres into the sand in order to protect her embryos. Dozens of turtle craters are presently dotting the Bachas coastline and careful observation of the shallow water reveals their parents.

On that same beach walk, we were distraught to see a young sea lion corpse that was obviously very fresh. The juvenile had a distended belly which indicated that he probably had ingested some plastics. As rigourous as the conservation efforts are here, the world still intrudes with its pollution.

We weren't expecting all that much from our second hike of the day on North Seymour Island but by were we ever wrong. This area is the nesting ground for both the blue-footed boobies and the frigate birds and we were overwhelmed with nests, fledglings, and feedings. The sea lions, which are everywhere on every island, were all coming in from their afternoon swims in order to take a siesta or nurse their pups.

I was just admiring the flora and fauna and seriously minding my own business, as we are gravely instructed to do, when a pup of no more than a month decided I looked like his mama. He wriggled over toward me and began sniffing, nudging, and licking my shoes and legs. He barked a few times and kept right on snuggling for my attention for a good five minutes. I was so enraptured that I almost forgot to take a photo. But, that's the thing. While the photo is lovely to have to share with all of you and as a keepsake, the emotional heft of that singular moment, which will probably never happen again to me, is something that is forever imprinted. I will be yacking about it for decades so if you are my friend, be prepared to become very bored with me and my sea lion story.

A day filled with imprinted moments.

1. For those who have asked me how my stomach is faring, the answer is pretty well. We are on the inner loop of the islands and while there have been a few rocky evenings, my nausea has been kept at bay.

2. When I say that the sea lions are everywhere, I'm not exaggerating. They are like stray cats and we see them sunning on beaches, small boats, benches, and even walking through the few inhabited towns. Today we watched as one sauntered across the street in front of a taxi with no cares at all. This is their world and we are just annoyances for them to overcome.

3. I need to understand tourists who photograph with iPads. Can anybody explain how or why this is a convenient method for photography? It seems cumbersome and awkward. 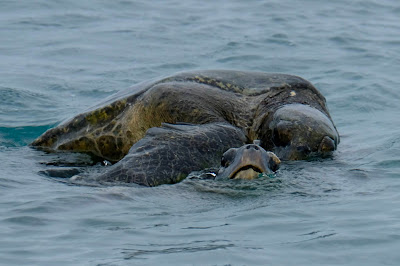 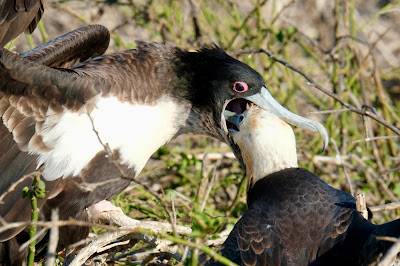