An Outsider's View of Election Day

When I was a teenager I served for several years on the regional board of NELFTY (today known as NFTY-NEL), the youth branch of the Reform Jewish movement. In those days, we board members took responsibility for the planning, oversight, and execution of many of the events and conclaves that occurred annually. The first of these regional events always took place for a week at the end of August up in northern Ontario, and was affectionately known as NELFTY camp. It was the board's job, with the aid of our rabbis, educators, and advisors, to plan the workshops, study sessions, interest groups, and meetings that would help to develop the next batch of upcoming youth group leaders within our region. Since it was also camp, it also fell to the board to act as de-facto cabin counsellors to oversee the "goings on" of a bunch of hormonally charged teenagers (in which we also claimed membership) so as to "keep things under control" after lights out. We were all assigned a sh'mira or watch duty night with a partner whereby we had to patrol the campgrounds for several hours after lights out and shepherd the wayward back to their bunks. A kind of putting the wolves in charge of the hens scenario. On the evening of one of my sh'mira sessions, my friend and I were wandering the cold August night when we happened to come across my rabbi's wife and her friend. They were obviously having a fun evening as they were giggling and warm from a glass of cabernet or two. Nothing dangerous. Just two friends enjoying their time together. As my friend and I passed them on the path, the rabbi's wife asked me if I would mind stopping by her cabin and asking her husband (the rabbi!) for something that she had left behind. I headed down to their cabin, knocked on the door, and entered when beckoned to find my childhood rabbi sitting on his bed cross-legged wearing a pair of pale blue polo pyjamas. (Imagine these in blue and you will get the idea!) 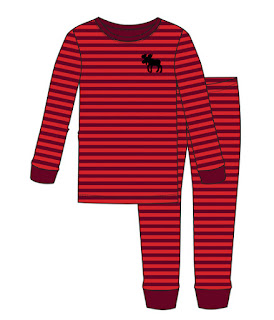 Needless to say that my embarrassment knew no bounds. My rabbi to his great credit, was great about it. He knew that both of us had been set up by his "happy" wife as was evidenced by the regale of laughter outside the door. He simply handed me whatever it was that his wife had asked for, and wished me good evening.

Red-face and mortification aside, that was the day my illusions died. I never again was able to look at my rabbi with the same eyes of childhood hero worship and wonder. You see, I saw the man behind the curtain. The wizard was just a guy like any other sitting on the bed in his pyjamas. But, he was still my rabbi. A man that I still admire and respect deeply, but just a man all the same.

That story accurately describes how I have come to feel about today's American Presidential elections. We have seen the candidates in their pyjamas and what we have viewed isn't pretty. But, the stakes are too high to abandon the process just because we have lost our childhood illusions. My American family and friends aren't just headed to the polls today for their own interests. They are voting for all of us around the world who have a stake in the outcome but cannot cast a ballot. Like it or not, we are a global community and what happens in your country has a ripple effect in ours. You may hate the pyjamas, but you need to find respect for the men in them. You need to get out and vote no matter how taxing it seems, no matter how miserable the weather, no matter how tired you are, no matter how disillusioned you may be. We in the rest of the world are counting on you.